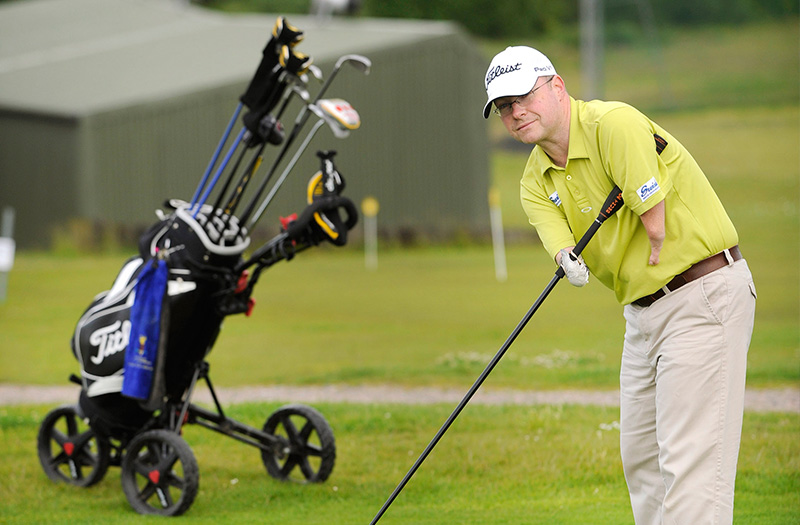 Organised by the Scottish Disability Golf Partnership the competition brought top disabled golfers from around the globe to Westerwood Hotel and Golf Resort, Glasgow for a four day challenge.

The Shropshire-based golfer, led the 12-strong England team to an historic first victory in the competition this month [July], piping Scotland by just two points with 36 points to claim the cup.

Tony said: “The scores were changing so often it was hard to follow. Huge credit has to go to Scotland as they pulled it back to level a few times and it went right down to the wire. But when it came down to it my team once again made me proud to be amongst them pulling in 21 points on the final day.

“The tension was unbearable at times and I walked away from the scoreboard to watch the matches coming down the 18th hole. But the elation that I think we all felt once the final card was in, counted and verified was overwhelming.

“Receiving the beautiful crystal trophy as World Cup winners on behalf of Team England is easily the highlight of my sporting life.”

Tony, who was born with arms ending at the elbows [COR] started playing golf as a child, taking up the sport in earnest in 2005  representing England in the Home Nations Cup at Celtic Manor in 2010.  He has also finished third two years running in the British Open.