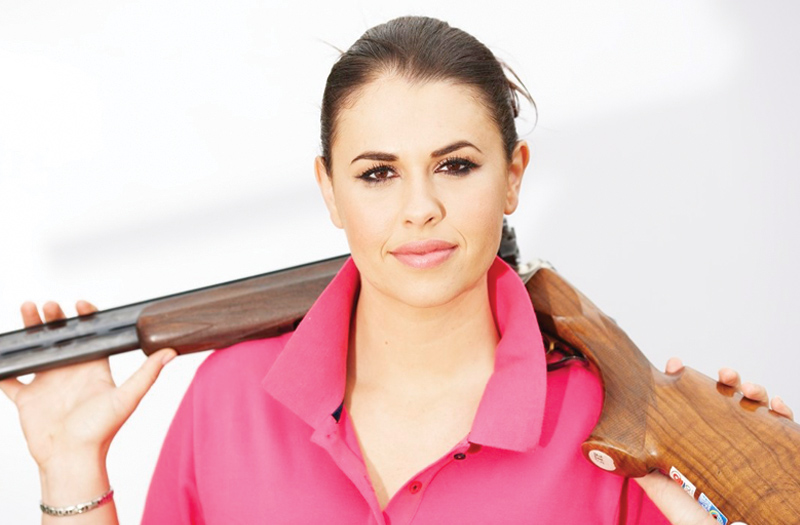 A former European and Commonwealth champion, and currently the top ranked female shooter in Great Britain, Charlotte is working hard to ensure qualification for next year’s games.

This has been made all the more likely thanks to a regular donation by The Window Store’s Eastbourne branch. Suppliers to the trade and DIY enthusiasts of a wide range of windows, doors and conservatories, the company have been regular financial supporters of Charlotte’s local shooting club, which has helped Charlotte in her Olympic training.

Commenting on her Olympic aspirations and the support that has helped her so far, Charlotte said:

“All the training and competitions I have undertaken over the past four years has been about reaching London 2012. I think it’s the same for most UK-based competitors – to represent your country is a real honour but to represent them in your home country is the ultimate.

“I’ve been a member at Northall Clay Pigeon Club for many years and the role it’s played in helping me achieve my various accolades should not be under-estimated.

After the Beijing games, shooting budgets were cut and a lot of work has had to be put into securing funding ahead of next year’s games. Whilst larger organisations like Sport England have been fantastic, it is the backing of companies, like The Window Store, that have made me feel very proud of my community.

Every year the money they generously donate goes toward improving facilities at Northall CPC and ensuring that it is there for the next generation of Olympians.

We’re all tremendously proud of Charlotte’s fantastic achievements to date and wish her every success in her Olympic bid.

Northall is a great shooting club and a fantastic facility for the local community, ensuring that sporting diversity is maintained. Here, at The Window Store, we feel it is important to support local clubs in and around our branches, which do a great job in providing a service to local communities.

The Window Store has 15 branches across the southern counties, the midlands and Wales and supplies a wide range of plastic based home improvement products. The company is part of the Epwin Group, a leading independent British company, based in Cheltenham.

For more information on The Window Store and to find other branches, visit www.windowstoreplastics.co.uk.