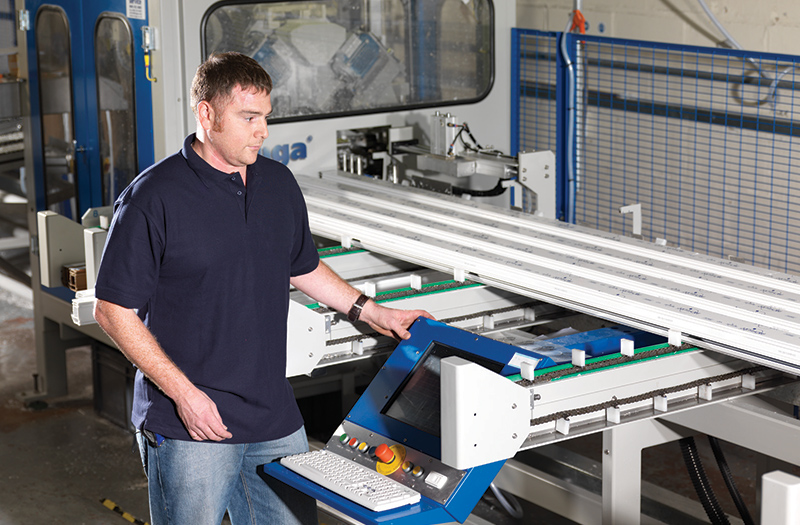 Profile 22 and Swish fabricators have continued to perform strongly to record an on average 11 per cent increase in number of frames manufactured per week, quarter one 2012 compared to the same period last year.

The results, based on figures for the systems houses top 20 accounts, come despite a suggested contraction in the market of around nine per cent between April 2011 and April 2012.

“And while it may have become a little more hard work, there is still business to be done as long as you have the right products and team behind you.

“We remain committed to exacting levels of service and support and we believe that is making a difference. Our customers aren’t on their own and we will do everything we can do to ensure that they maintain and increase performance right throughout this year, whatever may come our way.”

The findings follow hot on the heels of a new customer survey, which revealed Profile 22 and Swish customers saw new and more flexible ordering on foiled products as a major asset.

Reflecting the findings of independent research, which found significant demand among fabricators for a flexible and affordable foiled product offer, the new service trims lead times from 14 working days to just 10 calendar days.

The systems leaders have also completely done away with set-up costs and minimum order requirements, helping fabricators to minimise waste by only ordering what they actually need.

“Having raised foil offers with our customers in previous surveys, it came back pretty loud and clear that the major barrier to growth in colour was inflexibility at an industry-wide level.

“We were able to take this feedback, apply it to our own delivery model and to give our customers access to a new and more flexible offer, something which has delivered a direct commercial advantage”, said McGlennon.

With more than 99 per cent full and on time delivery on standard products complaints from Swish and Profile 22 customers were comparatively few and far between. Where they were made, the survey revealed that fabricators rated the systems companies’ responses, as ‘good’ to ‘excellent’.

McGlennon said: “If we don’t get it right on the very rare occasion, then we put it right and quickly. Fabricators can’t afford downtime, we know and understand that.

“The 11 per cent growth that they have seen is testimony to their hard work and innovation. We’re growing with them and that’s allowing us to invest in better service and a better product offer which will continue to support them in the future.”