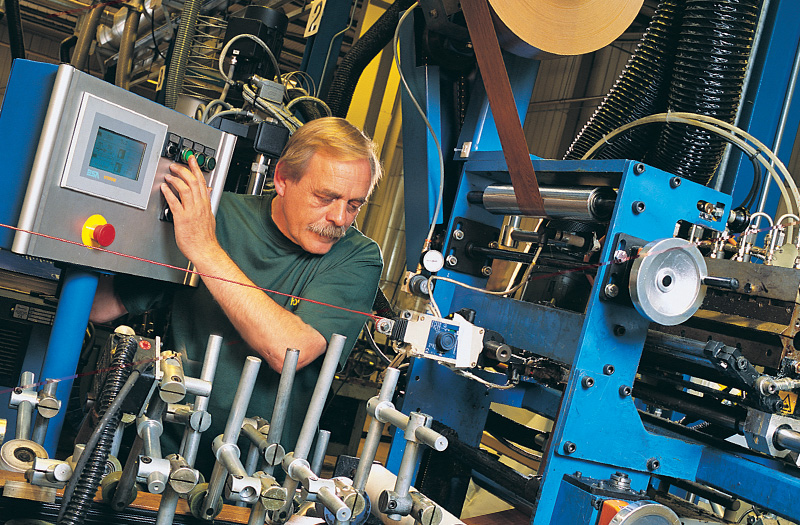 Reflecting the findings of independent research, which found significant demand among fabricators for a flexible and affordable foiled product offer, the new service trims lead times from 14 working days to just 10 calendar days.

The systems leaders have also completely done away with set-up costs and minimum order requirements, helping fabricators to minimise waste by only ordering what they actually need. This service is again underpinned by research findings which reveal that of this increasing demand for foiled product, demand for the sale of non-standard product is growing fastest.

Rob McGlennon, sales director, Epwin Group Window Systems, said: “We believe this is a step change for the UK PVC-U window industry. The expanded range delivers greater design flexibility but the much bigger commercial advantage for fabricators is the flexibility to process lower volume orders in a rapid time frame.

“This removes the biggest single barrier to the growth of the PVC-U colour market and gives trade and front end retail businesses an opportunity to pitch PVC-U far more effectively against either timber or aluminium also delivering an opportunity to up-sell to a premium price point as part of a complete offer.”

The new offer is launched following significant investment by Epwin in its foiling operation, including a switch to a continental shift pattern to create a new twenty-four seven operation.

Going forward from the beginning of this year a new and improved service will also mean that Profile 22 and Swish will hold Irish Oak in stock.

McGlennon continued: “We’re now into second time replacements and that’s a market that is unlikely to be driven by distress purchases. Aesthetics consequently take on far greater importance, as consumers replace windows and doors through choice because they will improve the appearance of their property rather than because they have to.

“In exactly the same way in new build, developers are looking to add kerb appeal to their offers to support sales.”

And Profile 22 and Swish report significant and still growing demand for foiled products including a 300 per cent increase in demand for non-standard foils in the past 12-months.

This was underpinned by full and on time delivery of foiled products of 98.7 per cent for the year. Non-foiled products recorded an FOTD of 99.9 per cent.

McGlennon concluded: “We’re very proud of our delivery and performance and even more so as it has been achieved against a context of significantly increased demand for foiled products.

“While we have invested in our operation we have also spent significant time and effort in putting in new systems to make sure these high levels of service don’t slip as we meet what we expect to be increased demand throughout the coming year.”