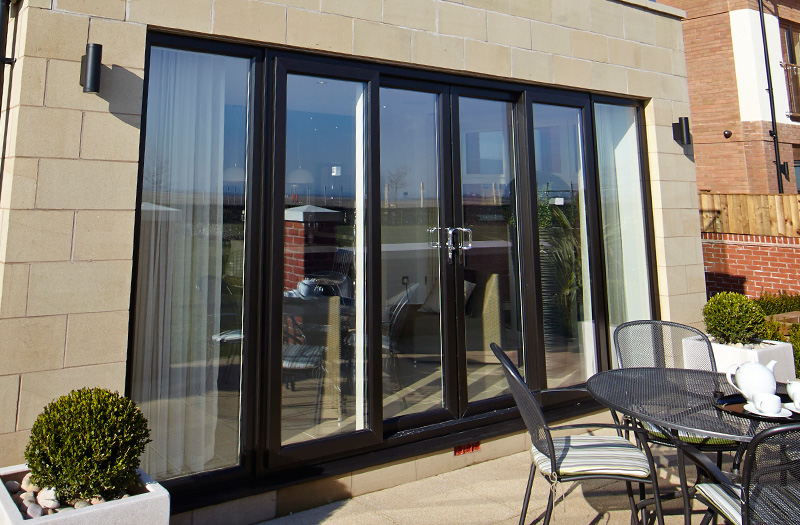 Adapted from PatioMaster’s high performance and thermally efficient standard range and following rigorous testing, the regional network was awarded the accreditation at the beginning of this month [January].

An independent measure of a door’s energy efficiency, DERs are based on the  U-value (rate of heat transfer) and air leakage. Performance ratings range from A (most energy efficient) to G (least energy efficient) and follow the same ‘traffic light’ scale commonly used on domestic appliances and by the well-established Window Energy Ratings (WERs) scheme.

“It’s a significant sales platform for anyone supplying inline sliding doors and creates a complimentary product offer alongside security and aesthetics.  Energy ratings won’t sell patio doors on their own but will add value to an already highly engineered product.”

To this end, PatioMaster launched its Secured by Design (SBD) option early last year. Enhanced security features build on the inherent strength in the PatioMaster inline sliding door. This includes the addition of two patio interlock bolts which lock the sliding panel to the fixed frame and which mean that would-be burglars cannot force the door apart.

The SBD door also features a full width security head rail, which runs across the full width of the top opening panel and a full height security keep rail, designed to strengthen the sliding sash at the corners plus enhanced hardware.

PatioMaster boasts ten authorised manufacturers nationally from East Kilbride in Scotland to Paignton in Devon and from Lowestoft in Suffolk to Kidderminster in Worcestershire, PatioMaster offers a unique national network of specialist regional manufacturers coupled with the back up of a comprehensive national customer support strategy.

As part of this combined offer the network also offers installers access to a choice of 19 different wood grain and colour options.

McGlennon concluded: “Energy efficiency is the next stage in the reinvention of the inline sliding door. Improved security and aesthetics are already generating new opportunities in a wide range of applications.

“On the provision that the scheme is used to add margin, rather than to be given away, energy ratings on inline sliding doors will be a valuable addition to the sales toolkit.”

To find your nearest PatioMaster or for more information on the PatioMaster network call 0808 178 3370 or visitwww.patiomaster.co.uk.