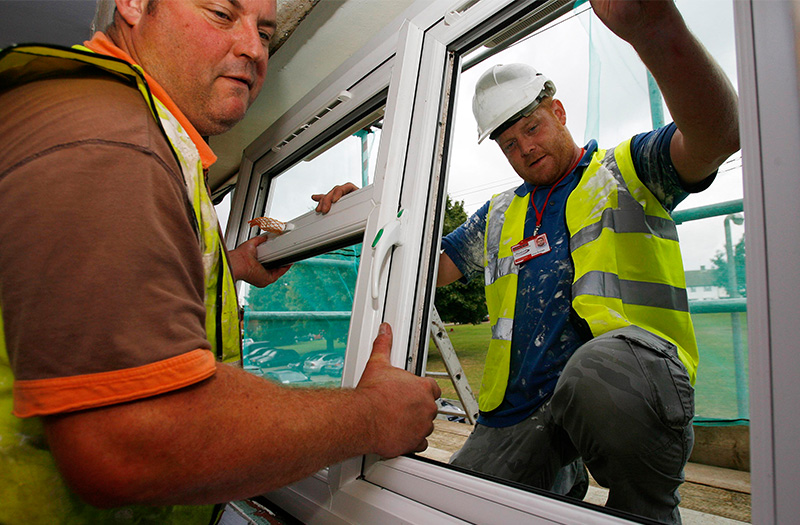 A new poll reveals that UK householders rank the ‘sustainability’ of building products as among their lowest priorities when choosing home improvements.

Released just ahead of the green building expo ecobuild, the findings of the poll reveal that the less immediately tangible elements of ‘sustainability’, including the responsible sourcing of materials and recycled content, were consistently listed as their lowest priority by homeowners.

This was manifest in attitudes towards the purchase of new windows and doors where sustainability was listed as a low influence on purchasing decisions across age groups behind price, aesthetics, security appearance and finance.

But while these ‘softer’ elements of ‘sustainability’ registered low in their psyche, energy efficiency as something that delivered an immediate and quantifiable saving was consistently listed as among their top priorities by cash-strapped householders.

Jim Rawson, chairman, the Epwin Group, which commissioned the study, said: “People are feeling the pinch of austerity and against these very real pressures, the less immediately tangible – although by no means less important – elements of sustainability, for example recycling and responsible sourcing, appear a less significant influence on purchasing decisions than they did pre-downturn.

“Those elements which delivered by contrast an immediate benefit, for example energy efficiency, something that could be converted into an immediately quantifiable financial return in lower fuel bills, remained a significant influence.”

With a carbon footprint of extruded profile of just six per cent of that manufactured using virgin material plus a triple glazed option, the Epwin Group launched its ultra-energy efficient and fully recycled window system RECO22 last year.

Available from Group company Profile 22 it achieves a u-value as low as 0.8 W/m2K, easily reaching Code level 6 and beyond, while also becoming the first window system to secure a dedicated A+ rating across all domestic applications from the BRE.

Rawson continued: “Rising gas and electricity prices mean that energy efficiency is the area of sustainability messaging that is getting through to householders, if nothing else because it’s hitting them in their pockets. These same pressures apply equally to the social sector.”

But while energy efficiency was a significant influence for respondents, the poll showed that this did not translate into demand for renewable energy.

Despite a significant level of exposure late last year, solar panels ranked as the lowest priority for home improvements firmly behind new kitchens, bathrooms, windows, extensions and loft conversions by those households responding to the survey.

The thermally efficient RECO22 system from Profile 22 will be on show at ecobuild this March. Also available as a door framing option through Profile 22 sister company, Permadoor it will be featured alongside Permadoor’s range of ‘A’ energy rated GRP composite doors. Swish Building Products’ pioneering, ‘low CO2’, recycled PVC rainwater system will also form part of the Epwin exhibit.

Rawson concluded: “The findings of the Epwin poll suggest householders face acute financial pressure. Against this context and continuing turmoil in the renewables sector, it is those building products that are affordable and which deliver a direct and importantly, tangible benefit to the end user that may be most effective in driving sustainability in the built-environment.”

For more information visit the Epwin Group at ecobuild on stand N1310 at London’s Excel Centre March 20th to 22nd. The Epwin Group has a permanent stand at the Building Centre, Store Street, London or alternatively visit www.epwin.co.uk  or email info@epwin.co.uk