Getting Scientific with Profile 22 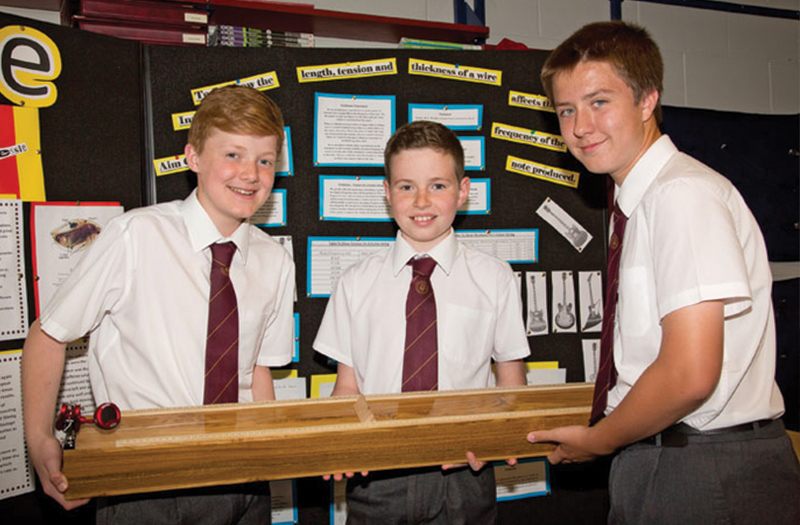 A prestigious city technology college based in Telford, Shropshire called on neighbouring business, Profile 22 PVC-U Windows and Doors to provide a judge for its annual Science Fair.

Profile 22 specification engineer, Gary Millership stepped up to the challenge, and accepted the guest role with enthusiasm.  Along with his fellow judges, Gary was asked to judge and evaluate four of the many projects presented by teams of Year 8 students.

The prize winning team of Ralph Porrett, Samuel Woodward and Thomas King investigated how the length, tension and thickness of a guitar string affects the frequency of the note produced while the runners up – Christopher Eason, Dylan Gillett and Owen Harper – examined how aircraft can be made invisible to radar by using a light meter inside a blacked-out cardboard box and different-shaped model aircraft.

The winning projects are then put forward for a Bronze Crest Award.  Crest Awards are nationally recognised with certificates awarded for outstanding project work in Science and Technology.

“I had a fantastic time at the science fair,” enthused Gary Millership. “The standard of entry was, at times, unbelievable.  All the projects had been very well researched and presented. I was amazed at the scientific knowledge that the young students possessed.”

Headmaster, Sir Kevin Satchwell commented:  “The Year 8 Science Fair helps the youngsters to really get to grips with the fact that science is an integral and hugely important part of everyday life.  This annual event has been taking place for many years and some of the previous winners are now engineers and scientists working in world class organisations.”

The best projects will also be entered into the National Science and Engineering Competition, to be held in Birmingham in March 2014.  Thomas Telford School has an enviable reputation in the competition having been in every final round since 2009.

Gary Millership concluded: “I’d like to thank all the staff and students at Thomas Telford School for making me so welcome on the afternoon and of course I wish the winners well for the national competitions.”