Cutting the Risk out of Regulatory Compliance 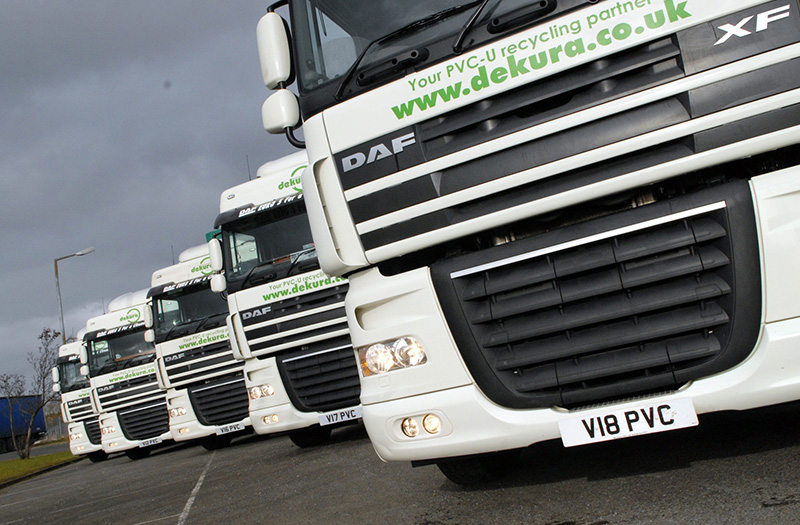 Dekura has launched a new certificate which can be used by fabricators and installers to demonstrate their compliance with a raft of regulations governing responsible disposal of waste.

As an accredited and full member of Recovinly, Dekura provides a complete recycling service with the capacity to collect and recycle both post-industrial and post-consumer waste.

Having invested significantly in its own accreditation processes, the recycler has launched a new certificate designed to simplify and support its trade customers in demonstrating that in working with it, they are doing the same.

This includes meeting all current legislative requirements as set out in the Environment Protection Act and commitments made by the PVC-U industry in the Vinyl 2010 Charter.

Tony Moore, business development director, Dekura, said: “It can sometimes be pretty difficult to keep up with environmental legislation, it changes regularly and as such it can easily trip up medium and smaller businesses who are probably juggling a dozen or more things at any one time.

“But the cost of not being up to speed can be significant. Some of this legislation has real teeth, for example the Environmental Protection (Duty of Care) Regulations: SI 1991/2839 carries significant costs for companies who breach it.

“We have also seen cases where installers and fabricators have fallen foul to the Advertising Standards Authority because a clear ‘gap’ has existed between green claims and actual environmental commitments.

“The Dekura certification scheme supports fabricators and installers in avoiding these pitfalls but also helps them to make the most of the positive sales messaging that a commitment to recycle off-cuts and end-of life PVC-U can deliver.”

At an average of £85 per tonne at landfill, Moore suggests it also simply doesn’t make any economic sense to throw old PVC-U frames away.

He continued: “Skipping PVC-U off cuts and end of life products just doesn’t make any sense at all when you can get them collected at no charge. The financial savings are significant and you get the sales messaging to boot.”

Dekura is the largest and the UK’s leading PVC-U recycler, collecting waste from more than 1,000 window and door fabricators and installers nationwide and offers full-cycle traceability on all material that it collects.

The company is one of only two recyclers currently recovering and reprocessing not only waste generated in the fabrication process but also post-consumer waste generated from old early generation PVC-U windows and roofline products that have reached the end of their natural life cycle, in the UK.

Alongside its membership of Recovinyl, other memberships include the European Plastic Processing Association, while it holds a full waste carrier licence, waste regulation certificate, BSi Certificate of Registration and NAWDAC Certificate.